Hi friends! Happy Thursday! How is everyone doing? I am feeling unnecessarily stressed for whatever reason. I have a feeling hot yoga will remedy that this evening. I skipped attending this past Tuesday and instead left my conference and came home and SLEPT. It was glorious. Presenting always seems to take a lot out of me, and I hadn't been drinking as much water as usual due to being at the hotel. So, today is hot yoga day :)

In other news, I've been acting as a running coach of sorts! On Monday we got a little break in the conference so my co-worker and I went for a run around congress park. It was really fun! My co-worker says that she will only run "if she is being chased" so I was surprised when she suggested we run together. She did incredibly well! We ran for a mile, walked for a tenth, ran another mile, walked for a tenth and then ran another half mile. She did WAY better than I did when I was first starting out. Maybe she will stick with it! :)

My bestie Christina and I met for a run yesterday at the local park in the cold rain. It's super hot today; upstate NY is schizo. In any event, Christina trained for and ran her first 5k back in December but then kind of fell off the wagon. I drafted a running schedule for her to follow to get back into 5k shape for the Freihofer's Run for Women on June 5. She did great! We ran two miles together (which her training plan called for) and caught up on things. 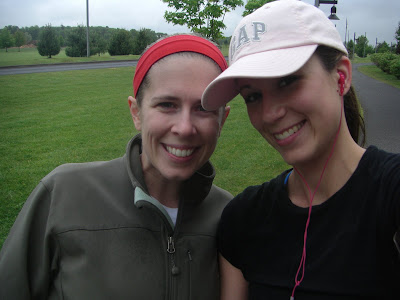 Me and Christina after the two miles in the rain.

We ran into some geese and their babies. Geese are probably my least favorite bird (I love birds but Bailey tries to eat their poop, it's nast) but the babies are soooo stinkin' cute. 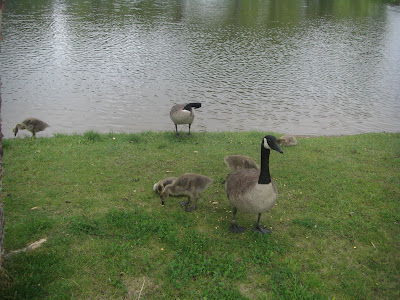 Actually, I wouldn't call these guys babies. More like teenagers! The mother goose was hissing at us as I tried to take a picture. I have never seen one hiss! Too funny. After Christina left I ran another mile. I'm kind of all over the place with running lately and I'm excited to start following a training plan this Sunday (for my upcoming 15k and half marathon... woot!)

So today's thumbs up Thursday relates to a product I have been using for well over a few months now: 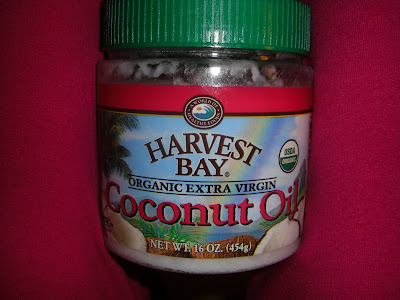 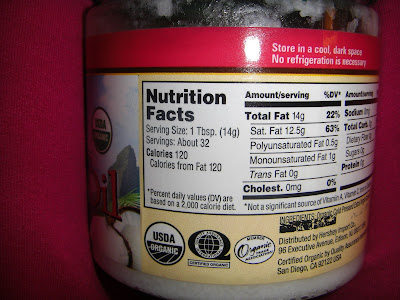 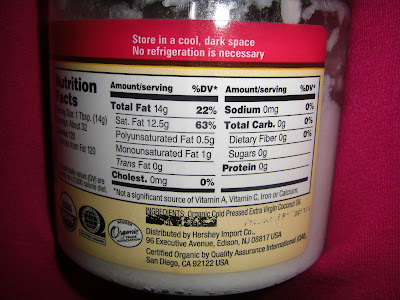 However, my use of coconut oil is not for nutrition. Nope, not I. Well, not that I'm opposed to it. I just haven't gotten around to cooking with it yet. What do I use it for, you ask? MOISTURIZER! I first saw these lovely ladies using coconut oil as a body moisturizer and I have to say, it piqued my interest. I purchased this container for ten dollars at the local health food store and it does not disappoint! 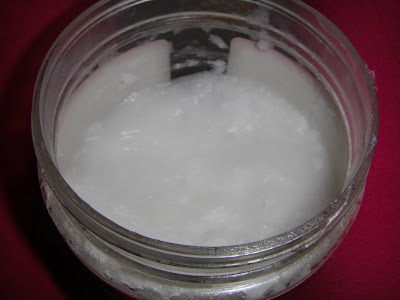 As you can see, the texture is hard but not too hard, meaning that I can break it up with my fingers to use as a moisturizer. When I first opened the jar I was surprised to find the solid consistency- I was expecting oil! It does tend to soften up if I don't use it for a few days (I don't bring it along while traveling, as it's fairly large).
So how does this fare as a moisturizer? It's awesome! A little bit goes a long way and it makes my skin uber soft. Surprisingly, there really isn't an overwhelming scent to it. And I have to say, I love the ingredient list: organic cold pressed extra virgin coconut oil. That's it! It doesn't get more natural than that.
I give the coconut oil as a moisturizer two thumbs up! I have read on some blogs that people do not use moisturizers, which I find hard to fathom. My skin is dry but not super dry, and I would feel crackly if I didn't put something on my skin! I have seen lots of other uses for coconut oil on other blogs- as a conditioner, face moisturizer (I'm not that brave) and cuticle softener. Like I said earlier, I've had the oil for well over four or five months and the jar isn't even half gone. Pretty good ten dollar investment if you ask me. What are your thoughts on coconut oil? Would you ever use it as a moisturizer?
Enjoy your Thursday and I'll see y'all tomorrow with a photo Friday post!
Posted by Katie at Wednesday, May 19, 2010

Katie
I'm a 27 year old attorney that just married (3/27/10)the love of my life, who is currently serving our country overseas. After living a life of eating unhealthily and not really working out, I have committed myself to healthy living. This blog will chronicle the adventures I encounter along the way! Questions or comments? Email me at fittowed at gmail dot com.